On the 23 September 2018 the Sydney Morning Herald published an article by Kylar Loussikian that provided derogatory and untruthful information about my academic research and my work as an expert witness in court cases. The journalist made no effort to research this article and he has quoted from an affidavit that is still due to be heard in the Federal Circuit Court in December 2018.

Loussikian has provided a description of my PhD as an ‘immunisation conspiracy’. These are his words not mine. My thesis provides extensive evidence of the influence of the pharmaceutical companies in every aspect of vaccine development – from the clinical trials and safety surveillance in the population to the marketing and education of doctors, politicians and the public.

This evidence depicts an industry-bias in the underpinning science that governments are using to develop mandatory and coercive vaccination policies. This is not in the public’s interest but Loussikian has chosen not to provide you with the evidence for this statement but rather to dismiss it as an ‘immunisation conspiracy’.

Loussikian has also incorrectly described me as a ‘prominent (militant) anti-vaccination activist’. This statement is untruthful. I present my academic research that supports the right for parents to choose how many vaccines they use in their own and their children’s bodies. This makes me someone who has investigated the medical literature and is arguing for choice in vaccination like all other medical procedures based on the scientific-evidence.

Kylar Loussikian has falsely stated that the court case was ‘heard before the Federal Circuit Court in Brisbane earlier this year’. This case is not due to be heard until December 2018 yet the journalist has been given a copy of my affidavit and he has quoted from it in the mainstream media.

Loussikian has provided false information about my qualifications to speak on the topic of vaccination. Firstly, there was no ‘controversy’ about the awarding of my humanities degree in 2015. My PhD specialises in social medicine (an area of public health) and in 2011 when I started my degree this school was located in the Faculty of Law, Humanities (Social Sciences) and the Arts. The UOW moved public health to the new Faculty of Social Sciences in 2014.

Secondly, his claim that I have ‘no academic qualifications in medicine’ is false. My degree specialises in Social Medicine which is the field of medicine that includes the epidemiology of infectious diseases.

Loussikian also misleads by claiming that my thesis ‘has been criticised …..by the dean of Wollongong University’s science, medicine and health faculty, Alison Jones.’ But this is factually incorrect because Alison Jones has never read my thesis. Her article in which she mentions my research is criticising the right for freedom of speech on public health topics and she has made this criticism without reading my thesis or debating the arguments.

In addition, Alison Jones does not have any qualifications in social medicine. Loussikian’s article also does not inform readers that there are many scientists and academics supporting my PhD research on vaccines. He quotes Health Minister, Greg Hunt who is not qualified to criticise my university research on vaccines and he has never read my PhD thesis.

Professor Peter McIntyre has also made three false statements about my university research in this article:
He describes the supervision of my PhD as ‘manifestly inadequate supervision’. This is untruthful and it is an unsupported smear on the integrity and dedication of UOW Emeritus Professor Brian Martin. If it was true UOW would not be standing by my thesis.
He incorrectly claims that my thesis is based on a ‘highly selective and poorly informed review of the literature…’ If Peter McIntyre had read my thesis he would know that it is about the ‘undone science’ in government vaccination policies and not a selective review of the literature and this is what Peter McIntyre and the government do not want the public to know. See Chapter 8 for the undone science that Professor McIntyre is hiding with his false and misleading comments about my university research and my supervisor.
Peter McIntyre falsely claims that UOW is standing by this research ‘despite strong contrary opinions from its own staff….’ This lie is easily exposed because there is no UOW academic who has read this PhD thesis and debated the scientific arguments that are presented in it.
McIntyre also neglects to mention the many immunologists, neurologists, medical practitioners and prominent social medicine practitioners who support these scientific arguments including Sir Frank McFarlane Burnet who won the Nobel prize in medicine in 1960 for his work in immunology and physiology.
It is of serious concern that Professor Peter McIntyre is making these false statements in the mainstream media about an expert witness report that is still to be heard in the Federal Circuit Court. It is also a breach of proceedings that the journalist, Kylar Loussikian is quoting directly from this affidavit that is still before the courts.

The public should be asking why Professor Peter McIntyre, an advisor on government vaccination boards for 17+ years, is going to such lengths to taint the evidence in an affidavit before it is heard in the court. If you wish to understand these actions I would recommend that you read Chapter 8 of my PhD thesis.

Some of the Ingredients in Vaccines:
Did you know that antibiotics are in most vaccines? Many people are allergic to antibiotics and using any vaccone carries the serious risk of anaphylactic shock to this and many other vaccine ingredients. Are you being informed of this before you give consent to givng your newborn baby a vaccine?

Please consider whether you want these substances injected into the tissues of your new born infant before the blood brain barrier is developed at 6 months of age or their other body systems. These ingredients and more are present in vaccines and the vaccination schedule has expanded to 16 vaccines requiring 52 doses from birth to adolescence.

But your doctor will inform you that this is ‘just a coincidence‘ because the MBA and the Australian government have never funded a causality study that would disprove this association. That is, a study that uses an inert placebo in the unvaccinated trial group to prove the safety of each vaccine over an appropriate time period that includes the delay in the appearance of these diseases – or the safety of the combination of vaccines on the government schedule: 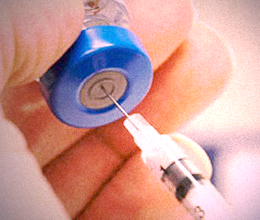 I would like to thank everyone who has supported my research and newsletters over the last 5-10 years. If you have appreciated this unfunded independent research and debate of children’s health I hope you will consider a $5 donation for the up-keep of my website and continuation of my voluntary newsletters.

Only funded research is promoted to the public and universities do not promote student research. Hence the need for my website and newsletters to promote my independent research that is in the public interest.

My website Vaccination Decisions became necessary because the University of Wollongong is not required to rectify the academic record to the public when organised lobby group activists, such as Australian Skeptic Inc / SAVN, and other activists from the powerful industry-medical complex provide false information about my university research in the mainstream media.